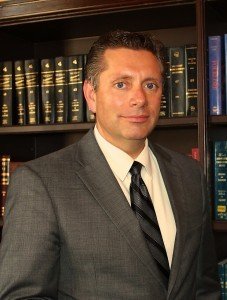 John J. Thyne III is an attorney and real estate broker, as the CEO of Goodwin & Thyne Properties, a real estate brokerage company offering high quality representation to buyers and sellers of residential and commercial real estate which was the recipient of the Best Central Coast Mid-Sized Business Award by the Pacific Coast Business News Times in 2014.

Among his awards John was recognized as the 2014 Santa Barbara’s Distinguished Leader of the Year, he was awarded Santa Barbara Independent’s Best Realtor finalist in 2005, Outstanding Second Year Professor of Law by the Santa Barbara College of Law three times and Overall Outstanding Professor of Law for the Ventura College of Law, he was one of the top “40 under 40” business executives by the Pacific Coast Business News Times, “Outstanding Young Lawyer of the Year” in 1999, Outstanding Jr. Alumnus from his law school, an “Everyday Hero” for his work with the American Red Cross, and was a finalist for the national “Golden Rule Award” for volunteerism.

His brother TJ Thyne is an actor starring on Fox’s weekly show “Bones” and who has been in movies including “Erin Brocovich”, “Something’s Gotta Give”, “What Women Want”, “How High” and “How the Grinch Stole Christmas.” John’s other brother Tone Thyne is a producer of children’s television shows who created “The Amazing Adventures of Napkin Man”, produced Nickelodeon Jr.’s show “The Wonder Pets!” and who worked as an animation supervisor at the Walt Disney Company for 11 years. John’s sisters include a marketing professional at Lionsgate Films, an internet executive for Matter LLC. and a mother of seven children under the age of fourteen.

We use cookies on our website to give you the most relevant experience by remembering your preferences and repeat visits. By clicking “Accept”, you consent to the use of ALL the cookies.
.
Cookie settingsACCEPT
Manage consent

This website uses cookies to improve your experience while you navigate through the website. Out of these, the cookies that are categorized as necessary are stored on your browser as they are essential for the working of basic functionalities of the website. We also use third-party cookies that help us analyze and understand how you use this website. These cookies will be stored in your browser only with your consent. You also have the option to opt-out of these cookies. But opting out of some of these cookies may affect your browsing experience.
Necessary Always Enabled

Any cookies that may not be particularly necessary for the website to function and is used specifically to collect user personal data via analytics, ads, other embedded contents are termed as non-necessary cookies. It is mandatory to procure user consent prior to running these cookies on your website.